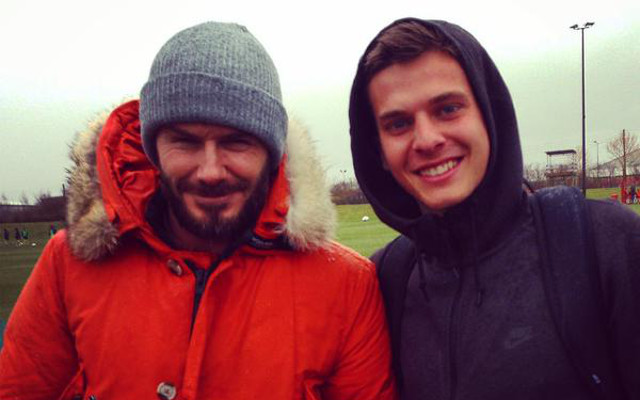 Former England captain watches son in action for Arsenal’s U18.

Manchester United legend David Beckham paid a visit to Liverpool’s training ground on Thursday afternoon, as he watched son Brooklyn, a mooted future Arsenal star, take on the Reds for the Gunners’ U18’s.

The 39-year-old posed for pictures with Liverpool U21 players Ryan McLaughlin and Marc Pelosi, in what must have been a huge surprise for the duo.

Dressed in a huge bright red coat, Becks can’t have been difficult to miss:

Look who i found out at our training ground ???? LA to Liverpool ???? pic.twitter.com/qQE6HFTVof