Coleen Rooney has been showing off a neon bikini while on holiday in Barbados.

Manchester United captain Wayne Rooney was not able to join his wife on the trip, but sons Klay and Kai were able to go along.

Check out the images over the next few pages… 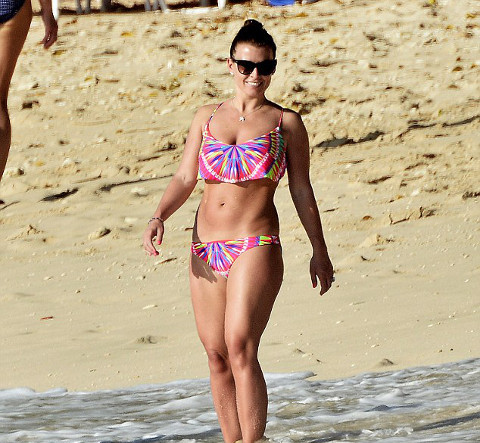