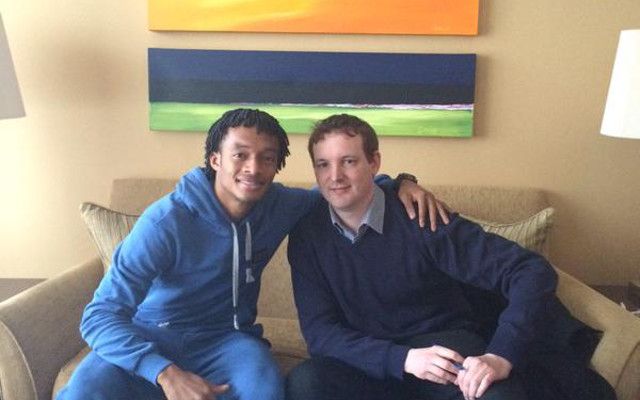 Not quite who was rumoured for the Chelsea star…!

Latest Chelsea signing Juan Cuadrado is eager to settle into life in London, starting with taking up English lessons, and it was rumoured that the winger had bizarrely hired Playboy model Carla Howe for the job.

Unfortunately, these rumours have been quashed, as the 26-year-old tweeted an image Thursday afternoon with the caption ‘with my real English teacher’: