Former Manchester United star Rio Ferdinand has pointed the finger at ‘those with power’ in football for failing to do enough to tackle racism in the modern game.

Tweeting from his personal account, the Queens Park Rangers centre-back condemned the incident involving Chelsea fans in Paris this week, but feels that the game has become complacent about racism.

Ferdinand feels that, while there has been an improvement since the 1970s and 80s, there is now not enough being done to wipe racism out completely.

1.The racist scene on the metro with the Chelsea fans-disgraceful behaviour obviously. But can football change this? Does it have the power?

2.Does football want to change this? Do the people in the game that hold the power really want to put the hard yards in to eradicate racism? — Rio Ferdinand (@rioferdy5) February 19, 2015 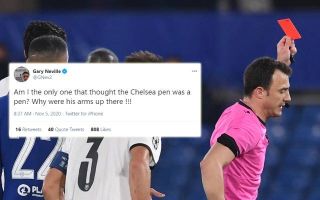