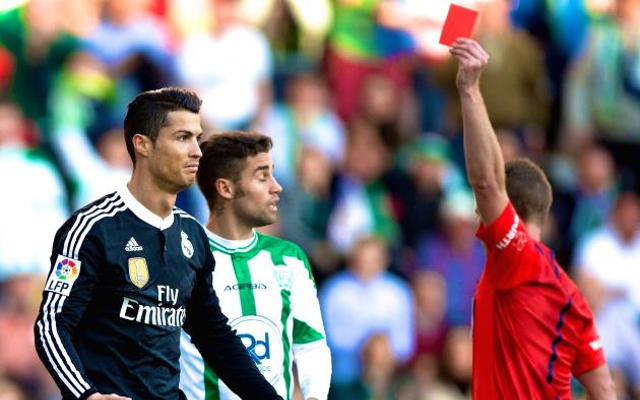 Cristiano Ronaldo had supposedly been off the boil before last night’s victory against Schalke.

Real Madrid manager Carlo Ancelotti has revealed he has been happy with Cristiano Ronaldo’s recent form, according to BT Sport.

Ronaldo had come in for criticism, having not scored for three games before last night’s Champions League first leg tie against Schalke. But the 30-year-old scored the opener in Germany, and Ancelotti has defended his star player.

“In this team we have no problems if Cristiano does not score for one or two games,” Ancelotti said.

After he bagged a brace against Getafe in January, Ronaldo went on his longest goalscoring drought for the club since February 2011 – during which time, he also collected a red card in Madrid’s trip to Cordoba.

“Everyone knows that if he doesn’t score in two games he will do after,” Ancelotti added.

Ronaldo’s run without a goal ended after 26 minutes of last night’s game, as his header opened the scoring before full-back Marcelo ensured Madrid will take a commanding lead into the second leg, and Ancelotti was delighted with the team performance.

“The team had the right attitude, we played good football and everything has gone well,” the manager said.