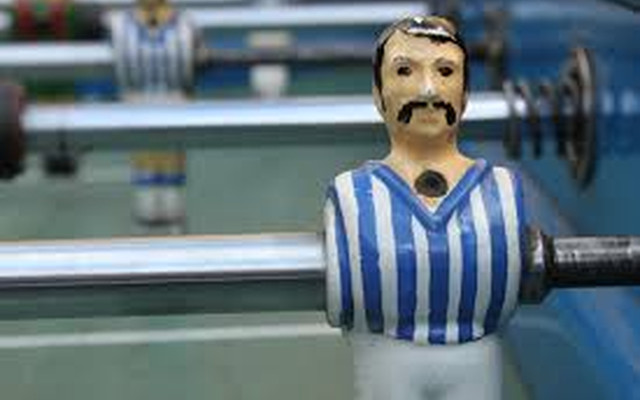 Van Persie has scored 10 goals in 25 appearances this season

Manchester United forward Robin van Persie looks set to claim the title as the king of table-football at Old Trafford after the Dutchman outmanoeuvred team-mate Antonio Valencia, via Daily Mail.

With his illustrious talents on the pitch evident, Van Persie carries significant pedigree when it comes to arcade games with his talents in table-tennis and darts well documented!

We can now add table-football to that list with video footage showing how professionally the Man United dispatched of Valencia.

In session after training as the squad prepares for a tough trip to the Liberty Stadium to face Swansea, the players enjoyed some down time.

Van Persie looks set to return after missing the FA Cup tie at Preston whilst Valencia will no doubt be looking to keep up his impressive form at right-back.