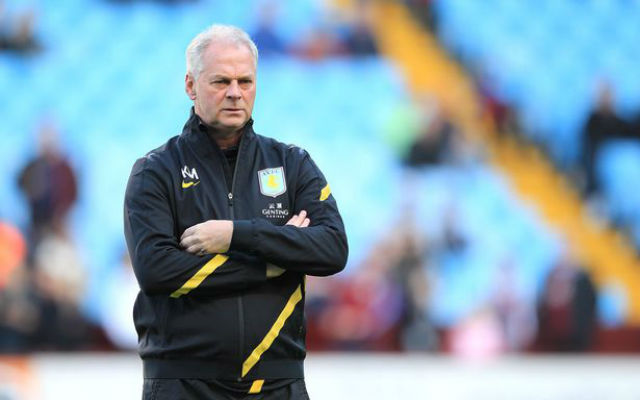 The 54-year-old is already well known to the Villa faithful, having previously taken charge of the club’s reserve side and first team for a brief period when Martin O’Neil left in 2010.

MacDonald will now take his place in the Villa dugout alongside manager Tim Sherwood for this weekend’s home tie against Stoke.

Sherwood has wasted no time in reshaping the back room staff at Villa Park, bringing in Mark Robson as his first team coach, and bumping up performance analyst Seamus Brady.

Sherwood has initially hoped to bring Chris Ramsey to Villa with him, having worked alongside each other during his brief spell as Tottenham boss last season.

However, Ramsey has instead decided to try his hand at management with QPR.