All the latest headlines from the newspapers in Italy with reaction to all the Serie A clubs in the Europa League including the ‘Napoli show’. 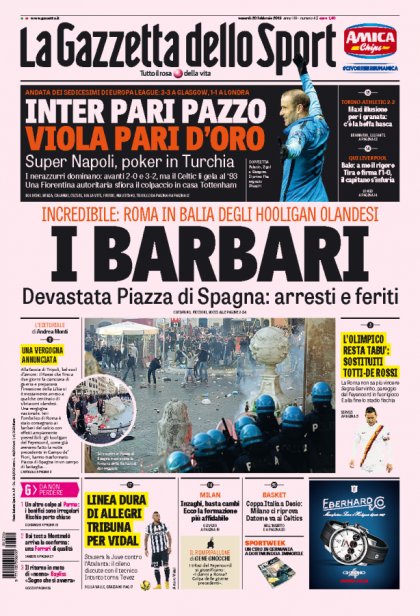 – ‘Savages’ – Piazza di Spagna devastated, arrests and injuries. Rome at the mercy of Dutch hooligans as 23 Feyenoord ‘fans’ are arrested in ugly scenes ahead of Roma game.

– Hard line from Juventus boss Max Allegri, Arturo Vidal on the bench.  Tonight against Atalanta, Carlo Tevez returns. Juve have one eye on Dortmund next week but Allegri leaves his Chilean midfielder on the bench for other reasons. 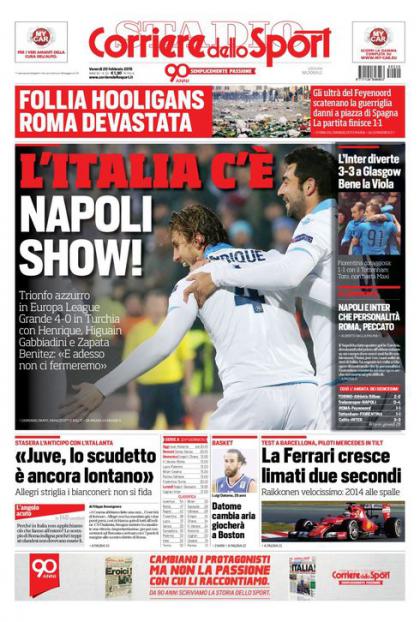 – Azzurro triumph in the Europa League, 4-0 for Napoli in Turkey. Rafa Benitez: “We won’t stop here”

– Max Allegri: “Scudetto is still far away”. Juve still have healthy lead at the top of the table ahead of Roma, but they are not going to get complacent. 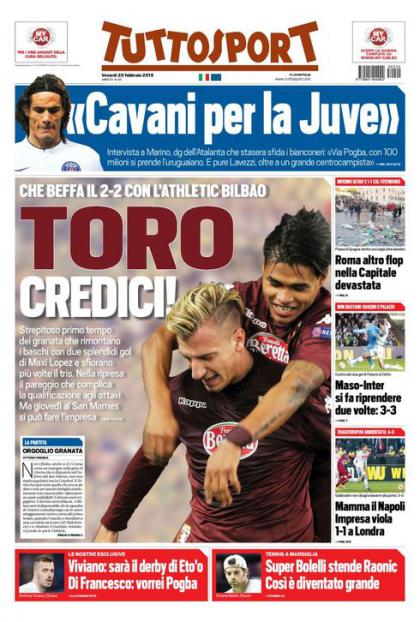 – Excellent first half, two goal lead over the Basques, thanks to Maxi Lopez, and miss chances to make it three. Second half came the equaliser that complicates qualification, but on Thursday at the San Mames they can do the business.