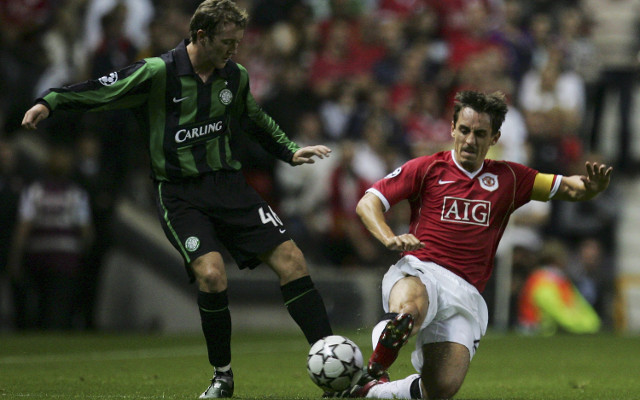 Gary Neville has told fans that Louis Van Gaal’s spell in charge should not be compared to that of Sir Alex Ferguson’s.

“The one person not confused by the team’s development will be Louis Van Gaal,” Neville said.

Despite third in the Premier League table, and progressing into the quarter-finals of the FA Cup, some fans have been critical of the Dutchman’s preferred style of play. Neville believes that the contrast with the type of football United played under Sir Alex, is the reason behind the negativity.

“Personally I would like them to play at a higher tempo. I would also like them to press high against inferior opposition, but I’ve come to the conclusion this isn’t the Van Gaal way. It’s what I believe in, what United have previously believed in and not what is in front of us now,” the 40-year-old continued.

“It’s about moving on, which is hard because we were married to a way of playing and a leader who dominated English football for 20 of his 26 years. Now, we are in a completely different period.”

Perhaps the biggest worry for the club – as Neville admitted – was how it doesn’t seem immediately apparent what the club can do to rectify the problems they have had since Ferguson stepped aside in 2013, a problem that Premier League rivals have themselves managed to fix.

“My biggest area of confusion is the following. Watching the team who finished third last season, Chelsea, it was quite apparent where the missing pieces were. They needed a creative midfielder to make the difference in tight games and a centre-forward who could finish the chances off. Two distinct areas where they needed to improve,” he concluded.

“United are currently third in the Premier League and I don’t have the same clarity . Even now I struggle to locate the precise deficiencies.”