Was Mario Balotelli right to feel so confident?

Mario Balotelli confidently took on the responsibility of converting a late penalty for Liverpool, despite the protestations of his teammates, but was the Liverpool striker right to be so sure of himself?

Here we rank the top penalty takers in Europe’s top five leagues since 2009/10 based on their success rate from twelve yards. 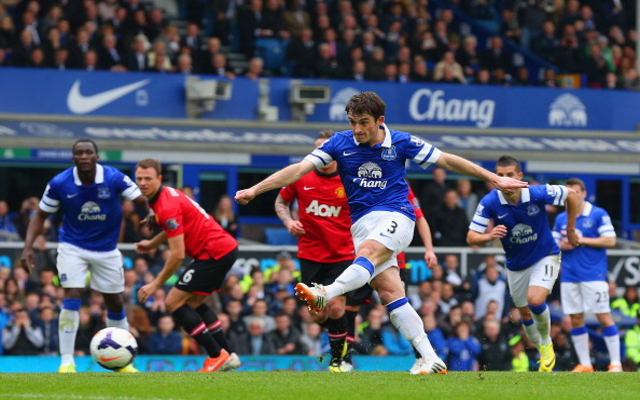 The Everton full-back’s only miss from 15 attempts came at Old Trafford this season, when his effort was saved by David de Gea. He was involved in a similar incident to last night’s controversy, when Kevin Mirallas took the responsibility from Baines against West Brom in January. Unfortunately for Mirallas, he missed.