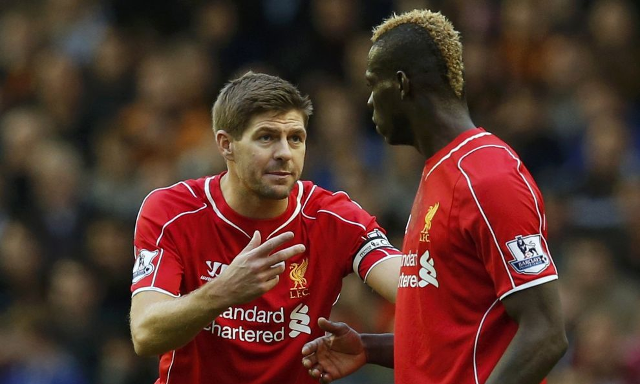 Reds ace had been critical of ‘disrespectful’ Balotelli…

Liverpool captain Steven Gerrard has appeared to make peace with striker Mario Balotelli with a message on Instagram after the team’s 1-0 win over Besiktas on Thursday night.

Gerrard, who was on punditry duty after not being included in the squad for the game, was critical of Balotelli after he seemed to go against the manager’s orders by taking the penalty late on when Jordan Henderson had been initially assigned to do so.

Still, the veteran midfielder praised the Italian maverick afterwards, hailing a good result and a good penalty from the player.

That result puts us in a good position but we need to finish the job next week . Good performance from the team . Good pen @mb459 #onlyhalftime ??