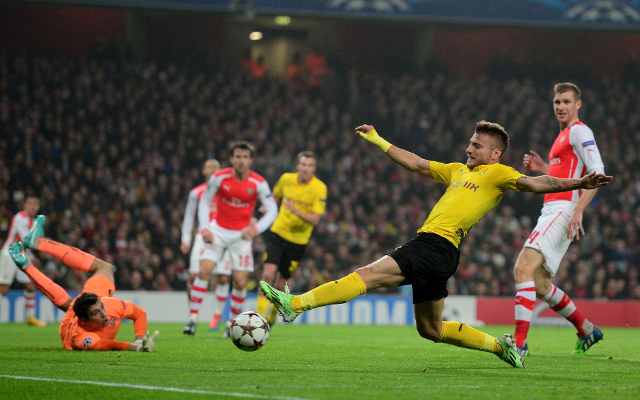 The Daily Star cites sources in Germany as saying the 24-year-old Italian will be forced out of BVB at the end of the season after failing to reach the heights the Bundesliga club expected.

Liverpool are looking to revamp their stuttering attack after struggling for consistency with the long-term absence of Daniel Sturridge through injury.

Fabio Borini, Mario Balotelli and Rickie Lambert will all be shipped out if buyers can be found after struggling this season.

Immobile was initially targeted by Rodgers last summer as he searched for an adequate replacement for Luis Suarez, but the Italian was snapped up by Jurgen Klopp as Robert Lewandowski left Dortmund on a free transfer to join hated rivals Bayern Munich.

However, the former Torino forward, Immobile, has netted just seven goals in 21 appearances in a poor season for Dortmund which has seen them continually drop into the relegation zone.

Yet despite this, Liverpool are still being linked with a second attempt at capturing the striker when the window opens this summer.