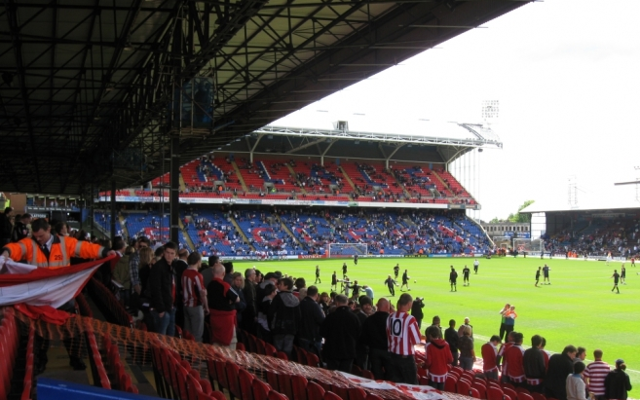 Crystal Palace will trial jackets fitted with cameras for their stewards when Arsenal visit Selhurst Park in the Premier League this weekend, the Daily Mirror reports.

The decision comes after some crowd trouble earlier in the season, while manager Alan Pardew also feels the strength of modern technology means it is easy to capture incidents such as the one involving Chelsea fans in Paris this week.

“I think the first time a coin is thrown is maybe the heat of the moment but to do it twice is stupid and we can’t accept that at any level,” he said.

“The incident with Chelsea in Paris gives you the strength of social media and if any fans are next to someone then film them. Let’s have a picture of them and we’ll try and do our best to find them.”