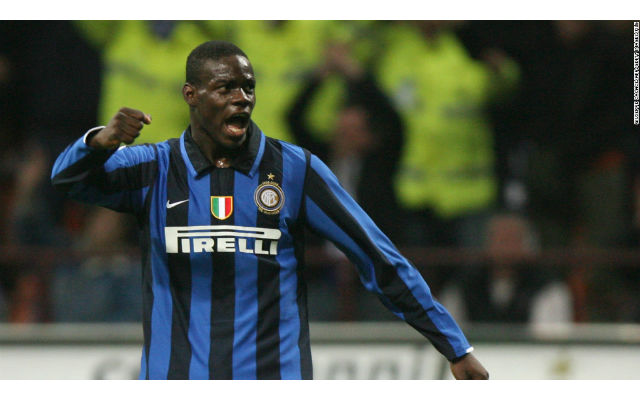 Hotheaded striker has previous from 12 yards.

Liverpool striker Mario Balotelli caused controversy on Thursday night when he wrestled a penalty from the hands of both Jordan Henderson and Daniel Sturridge during their Europa League victory over Besiktas.

However, this isn’t the first time that Super Mario has had this problem.

Back in 2009 when playing for Inter Milan he had a dispute with strike partner Samuel Eto’o over who took a spot kick against Palermo in a Serie A clash.

Having won the penalty, Balo clearly felt that it was his right to dispatch it, and had to be dragged away by skipper Javier Zanetti once it became clear that it wasn’t going to happen.