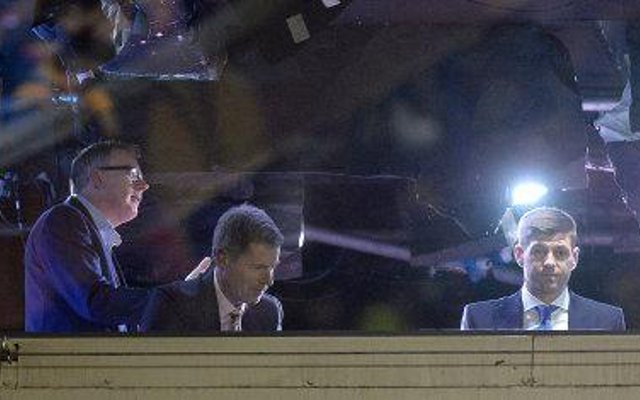 Liverpool captain Steven Gerrard was far from impressed with Mario Balotelli’s decision to take the Reds’ penalty against Besiktas given that Jordan Henderson was the designated taker.

The Italian forward took on the responsibility from twelve yards, confident given his excellent record from the spot, but it was a move that sparked anger in Henderson, Daniel Sturridge and Steven Gerrard in the ITV studio, where he was acting as pundit.

Full quotes below, courtesy of ESPN.

“Jordan is the captain and Mario would have seen that Jordan was on penalties and he has shown him a bit of disrespect there, but he we have got away with it,” said Gerrard. “If I was on the pitch, I’d have taken the penalty, that’s what would have happened. Basically Jordan Henderson should have taken that penalty and Mario has been a bit mischievous by standing in front of him and going against the manager’s plan.

“It’s not nice to see players taking the ball off each other on a penalty. For me, rules are rules and codes are codes inside a dressing room. When a manager selects a penalty taker, that penalty taker should take it. It should have been Henderson.

“Mario was terrific when he came on and he helped to change the game in Liverpool’s favour. With the pressure on his shoulders, he slotted it away very well and it’s a big goal for us.

“Jordan handled the situation very well. He knows Mario wants the penalty really badly, Mario is desperate to get on the score sheet. He has stepped away at the right time because I don’t like to see it when players are fighting over the ball. It’s not right for the image of the game.”