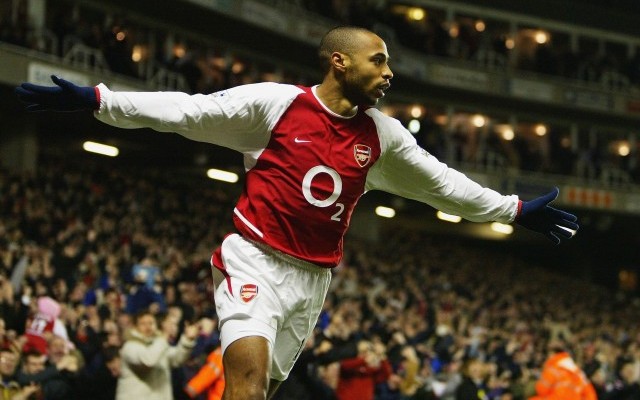 READ MORE:
Arsenal news.
(Image) Arsenal Fan Gets His Head Stuck In A Car Window Trying To Get A Selfie With Arsene Wenger.
Arsene Wenger Calls In French Actor To Motivate Arsenal Squad.

Henry has recently returned to the Emirates Stadium as he completes his coaching badges and Wenger believes the former striker has what it takes to one day take his job.