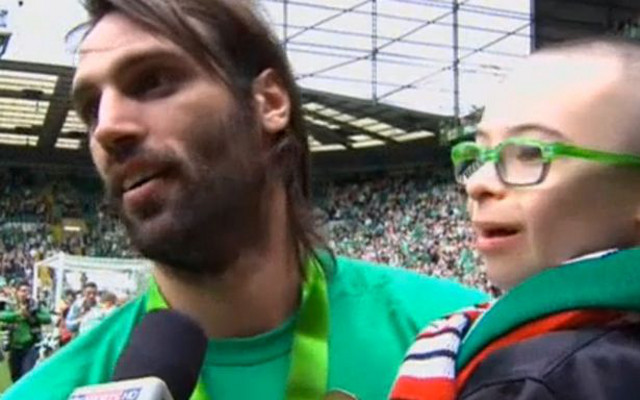 This effort against Hamilton takes the gong for January.

You may remember young Celtic fan Jay Beatty netting the goal below during half-time of his team’s Scottish Premiership clash with Hamilton Academical back in January.

Well now that effort has won the SPFL Goal of the Month award and Jay – who has Down’s Syndrome – is sure to never forget winning the gong.

West Bromwich Albion attacker Georgios Samaras became friends with Jay during his time at Celtic Park and in a touching moment has announced that his pal had won the award.