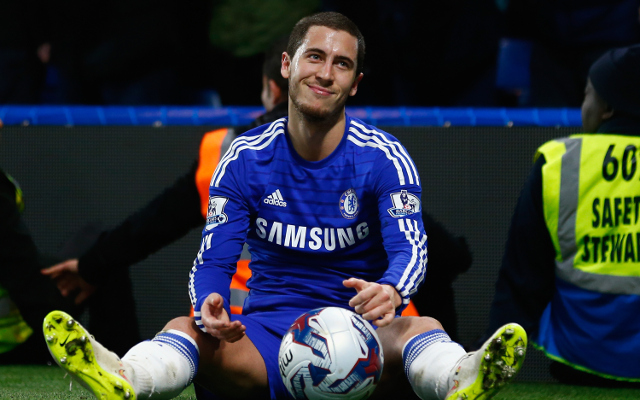 Stamford Bridge attacker having to deal with more than his fair share of rough treatment.

Chelsea boss Jose Mourinho has revealed star performer Eden Hazard’s request for bigger shin-pads to help him better deal with the constant fouling he is currently suffering according to the Metro.

The 24 year old Belgian has been in fine form this term, netting nine goals and providing five assists in Premier League action, and has done so despite the fact that he has been fouled more times than any other player in the English top tier.

It’s an issue that the former Lille man has moved to counter according to comments made by Mourinho;

‘Eden has asked me to speak with some friends of mine who make carbon shin-pads. He wants one that covers the whole leg. Like a horse,’ Mourinho said.

‘Normally, if you get 100 fouls, the opponents will get a certain percentage of yellow cards.

‘So if he is the most fouled player he should be the player creates more cards in the opponent. But he isn’t.’

Hazard is a pivotal part of Chelsea’s push for major honours and as such is not a player Mourinho can afford to be without for any prolonged period of time, with an injury of some form or another likely given the level of rough treatment he’s come in for, and as such the West London side would do well to accommodate the player’s request.