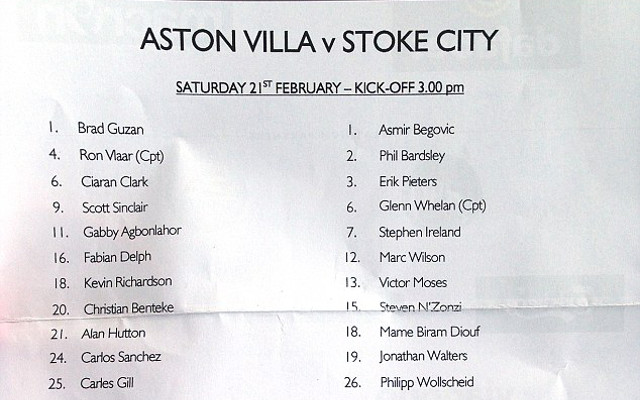 Tim Sherwood suffered a gaffe in his first game managing Aston Villa after accidentally naming Kevin Richardson on his team-sheet, rather than Kieran Richardson, a player who last played for the Villains 20 years ago.

To be fair, managing a club staring relegation in the face, you can’t really blame him for wanting a bit of experience in his squad, but a 52-year old may be a bit excessive.

Aston Villa went on to lose the first game under their manager 2-0 at home to Stoke, leaving Sherwood’s side marooned in 19th place, having only scored 13 goals in 26 games.

Speaking earlier in the week, Sherwood was confident about Villa’s survival chances, though this may have waned slightly following their disappointing collapse today.

The former Tottenham manager did remind press that he has a better win ratio at the club than current manager Mauricio Pochettino, and he will have to find some of that form from somewhere if he is to save his new club from relegation.