What are the best stadiums in the world?

When asked about the best stadiums in the world, you might think of the Nou Camp, Anfield, the Azteca, or the San Siro. It’s less likely you’d consider the Estadio Agustín Díaz.

Yet the Agustín Díaz stadium, home of Mexican second division side Zacatepec, has been listed among one of the best stadiums in the world.

This year’s list, published by Mexican newspaper ‘Record‘, features 32 stadiums in 20 different countries – assessing the grounds on a wide range of merits.

Surprisingly, Zacatepec’s home has surpassed stadiums much better known venues such as Levi’s Stadium (new home of the San Francisco 49ers) or Arena Pantanal – one of the venues used in the 2014 Brazil World Cup.

The stadium is located in the state of Morelos and it is the only representative from Mexico on the list.

The winner was the Allianz Parque (home to Brazilian side Palmeiras), followed by the new San Mames ground in Spain (home to Athletic Bilbao). 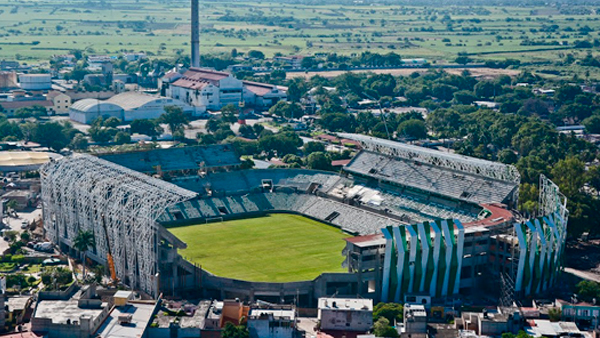