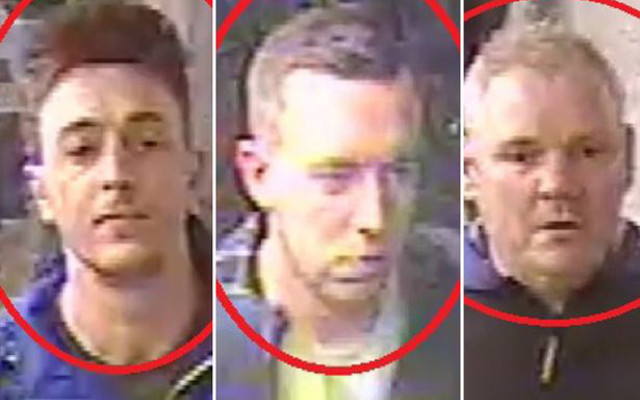 Jose Mourinho has condemned the actions of the Stamford Bridge supporters…

Police have released the photos of three Chelsea fans who were involved in the racist incident on the Paris Metro last Tuesday in an appeal for help from the public, reports the Daily Mirror.

The supporters were caught chanting racist slogans and pushing a black passenger off the train before the Blues’ stalemate with PSG in the Champions League. There has since been major condemnation from all quarters, including manager Jose Mourinho and the club itself.

The commuter who was forced out of the train has since been invited to a match at Stamford Bridge, but turned the opportunity down. He claimed that he “can’t get his round being in a stadium at the moment,” according the Goal.com.

The pictures of the trio were taken by security cameras surrounding the station where the incident occurred.