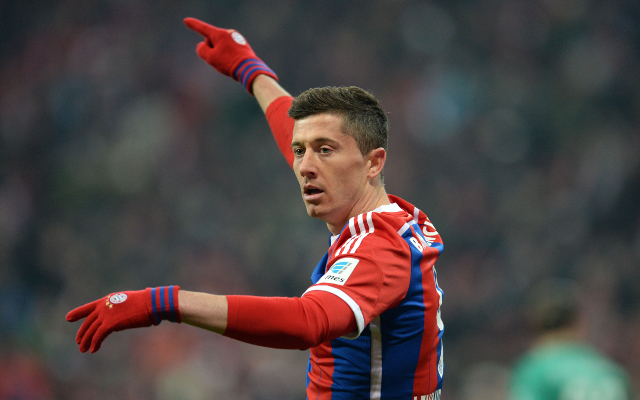 Paris Saint-Germain have failed with a £22m bid to sign Bayern Munich striker Robert Lewandowski, which could pave the way for Premier League clubs to snap him up.

Reports in France suggest the Polish international has become a top target for PSG, who could be ready to let Edinson Cavani go in the summer, after the Uruguayan also attracted interest from English sides.

#PSG have offered #Bayern €30m for striker #Lewandowski, who is not satisfied with his playing time. Categorically refused. (L’Equipe)

However, Bayern have turned down PSG’s offer, which could provide hope to the likes of Arsenal, Liverpool and Manchester United, who have all been linked with Lewandowski in the last few days.

The 26-year-old has not made the desired impact at the Allianz Arena this season, and could be on his way out at the end of the campaign.