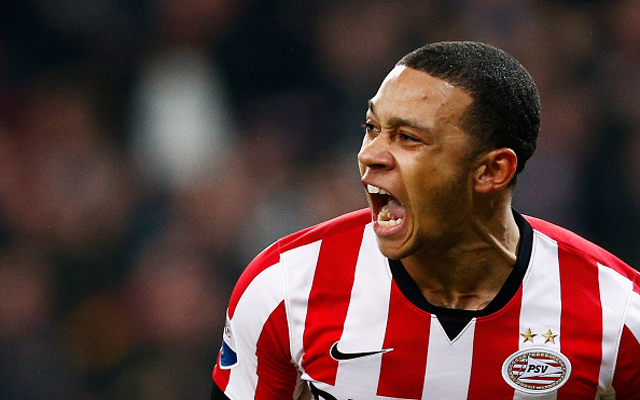 Tottenham will look to see off Man United in pursuit of highly rated PSV Eindhoven winger Memphis Depay according to Goal.com.

The £21m rated Dutch international has been in fine form this term, helping his side to the top of the Eredivisie table, and has been tracked by Man United for some months though White Hart Lane boss Mauricio Pochettino will look to win the race for the World Cup star.

The 21 year old is the top scorer in the Dutch top tier, grabbing 15 goals in 19 appearances, with PSV Eindhoven now 12 points clear of second placed Ajax.

Pochettino opted to loan out Aaron Lennon to Everton while Andros Townsend and Erik Lamela have been inconsistent performers this term and one can well see why the north London side would be keen to land Depay.

The PSV Eindhoven man has been dubbed the ‘Dutch Cristiano Ronaldo‘ and is a player Cocu will struggle to keep hold of for much longer.