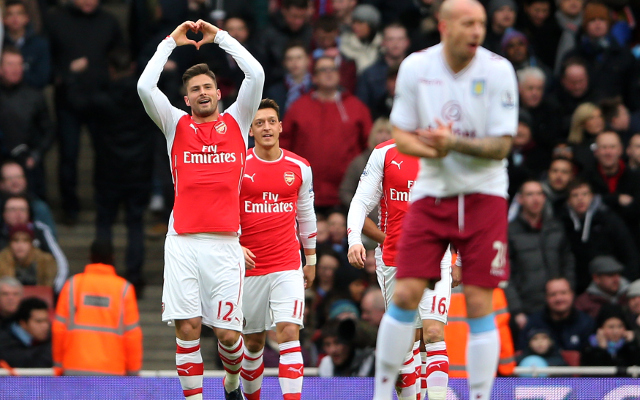 Arsenal doubled their lead against Crystal Palace as Olivier Giroud continued from where he left off against Middlesbrough last week.

In a lovely move which he started, the Frenchman got on the end of Danny Welbeck’s shot which rebounded into his path via the save from Julian Speroni.

Arsene Wenger challenged Giroud to improve his ratio alongside Europe’s elite and it seems as though the forward is taking note.