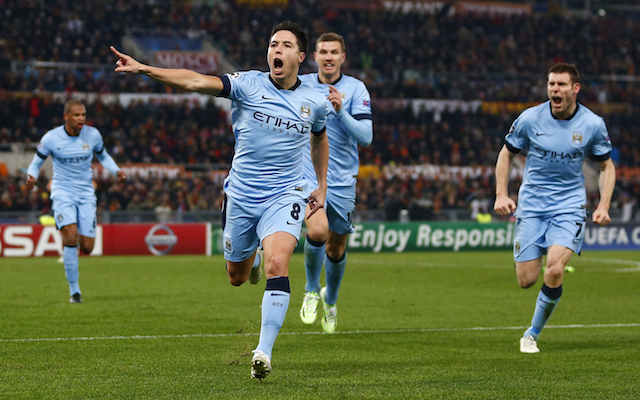 The Champions have got off to an incredible start at the Etihad.

Samir Nasri has put Manchester City 2-0 up over Newcastle in just over ten minutes at the Etihad with a sublime goal.

Edin Dzeko was earlier fouled in the first 30 seconds, allowing Sergio Aguero a penalty to put the Premier League champions 1-0 in less than a minute against the Magpies.

And Nasri added a second in the 11th minute, receiving a cross from the left before dancing through the Newcastle box and dispatching an effort cooly with a stroke of his left leg.

Is the City title charge definitely back on given Chelsea’s earlier draw?