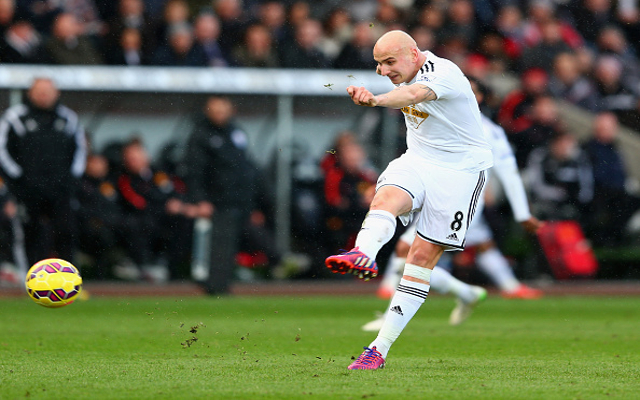 Garry Monk’s side good value for all three points.

Man United took the lead against Swansea City, against the run of play, when Ander Herrera put the away side ahead on 28 minutes following good work from Luke Shaw and Wayne Rooney.

The South Wales side took the lead with just over a quarter of an hour left in the game when a long range effort from Shelvey deflected off Bafetimbi Gomis and past David de Gea.