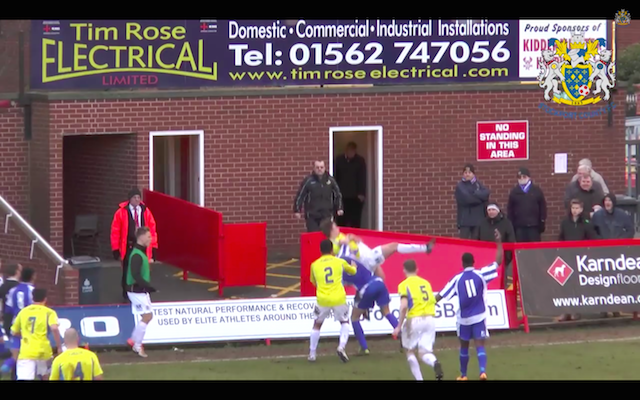 Worcester City’s Shabir Khan proved he can handle his anger about as well as the Incredible Hulk after a quite incredible body slam on Stockport County’s Charlie Russell.

In the Conference North match between the two sides, the youngster, Russell, admittedly put in a fairly meaty tackle on Khan but you’d doubt he really meant any harm.

But Khan was immediately incensed and, in what he could use for his audition tape to the WWE after he is inevitably banned for a lengthy period following this incident, he wrapped his arms around Russell picked him up and threw him into the pitch like a rag doll.

The football might be bad but don’t let anyone tell you that you don’t get entertainment in the Conference.