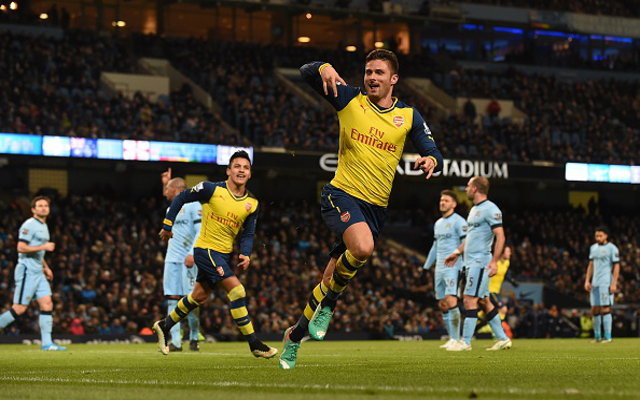 Giroud scored his 50th goal for Arsenal against Crystal Palace.

Arsenal striker Olivier Giroud has revealed that his team-mates have a nickname for star forward Alexis Sanchez.

The Chilean has scored 18 goals this season in all competitions and is arguably the signing of the season.

However, despite his wonderful talents on the ball, Alexis has won the hearts of Arsenal fans for the way he chases lost causes and his infectious work rate – which got him his nickname.

“Alexis? We call him ‘Duracell’,” Giroud told Telefoot (via Le10sport)

” He combines talent and determination.”

It seems as though the rest of the Arsenal squad have learnt to press from the front, with the Gunners scoring in the opening 30 mins in their last nine fixtures.