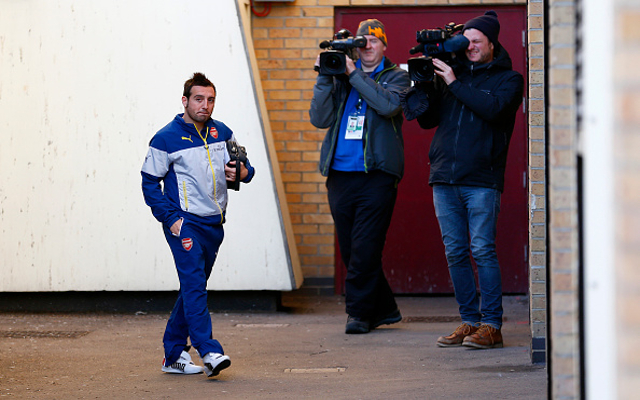 La Liga side Atletico Madrid continue to pursue Arsenal attacker Santi Cazorla according to the Metro.

The Spanish international has been in superb form in recent months and is not a player Arsene Wenger is likely to consider offers for, though this seemingly hasn’t put off the Vicente Calderon side.

Diego Simeone wants to bring in the the 30 year old over the summer as he seeks to add further creativity to his Atletico Madrid attack.

Atletico Madrid clinched a surprise domestic title last term and reached the final of the Champions League and are once again fighting on all major fronts this term.

Cazorla is a fan favourite at Arsenal and a key part of Arsene Wenger’s attack, providing eight goals and nine assists thus far this season, though if the north London side failed to secure a Champions League berth for next term then one imagines a move to the Spanish capital could prove tempting.