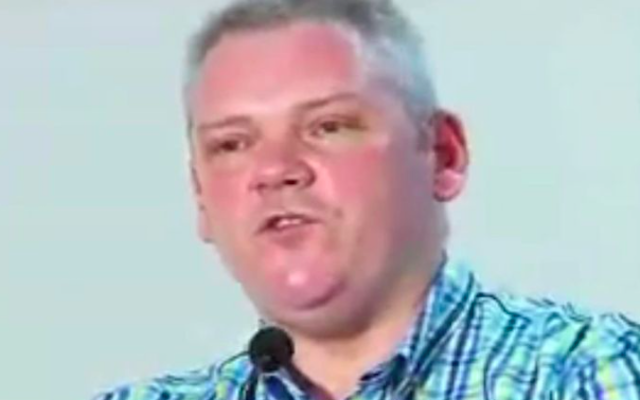 A Chelsea fan accused of being one of the men who pushed a black man from a Paris Metro train has been revealed as a former Irish police officer.

A manhunt began on Tuesday night after Blues supporters were filmed shoving a man now known as Souleymane S a train before chanting racists songs at him.

And Irish newspaper, Sunday World, has said that police are now searching for 50-year-old Richard Barklie in relation to the event, an ex-police officer.

Quite unbelievably, the report then goes on to say that Barklie is a director of a worldwide human rights organisation and lectures on racial tolerance around the globe.

However, at weekends the man is said to associate with a Chelsea hooligan group known as the Headhunter crew.

The World also claims the man left his position in the police force with allegations of drink-related issues hanging over him.

Barklie is said to be the main instigator of the racial incident that happened before Chelsea played Paris Saint Germain in the Champions League.

He was one of the meant to block Souleymane from boarding the train says the paper and is now on the run after his picture was issued by Metropolitan Police in relation to the incident.

The suspect, says Sunday World, is a director of the World Human Rights Forum, a campaigning organisation for Human Rights, and has addressed lectures where he has invoked the words of Martin Luther King Jr. and Mahatma Gandhi.