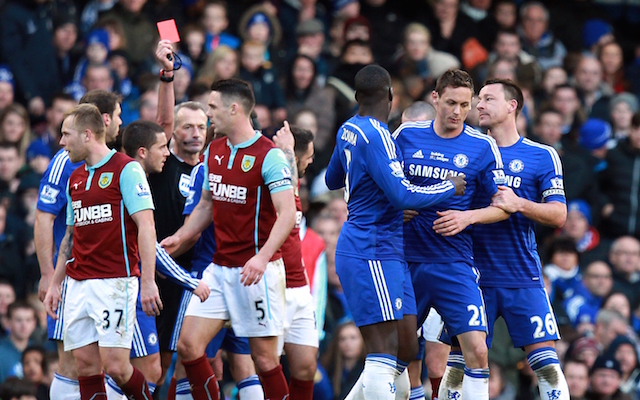 Chelsea ace Thibaut Courtois is confident that the Blues can still win the Capital One Cup despite the suspension of midfielder Nemanja Matic, reports the Daily Mail.

The Belgian goalkeeper believes that the Stamford Bridge side have the squad to deal with the absence of Matic, even though their first two defeats of the season came when he was absent.

“We have a difficult game next week and Matic has been very good for us this season,” said Courtois.

“It’s a pity he can’t play in the final, but of course we have other players who also need to do their job. We will still have a strong side, so I don’t think it will be a huge problem, although of course Nemanja will be missed.”

Matic, 26, was sent off during the 1-1 draw with Burnley on Saturday for his reaction to a tackle from Ashley Barnes. The former Benfica man rushed over and shoved the Clarets star to the ground after being the recipient of a horror tackle from the player.

Chelsea play Tottenham in the Capital One Cup final on Sunday in the first opportunity for major silverware this campaign.