No reason to be pleased with himsef? Louis van Gaal’s still giving United the thumbs up…

Speaking ahead of Manchester United’s defeat to Swansea City yesterday, Louis van Gaal claimed that his side were the best in the Premier League. The deluded Dutchman was quickly proved wrong by the Swans, who completed their first ever double over the Red Devils.

Earlier this week, we described Van Gaal as deluded and arrogant, explaining that he was doomed to failure if he did not change his ways – read the piece in full HERE – and while we admitted that the former Netherlands boss has inspired some improvements at Old Trafford, we reasoned that he’s still a long way away from creating a dominant side similar to that seen under Sir Alex Ferguson.

Below, we count down five reasons why United won’t succeed under their current boss: 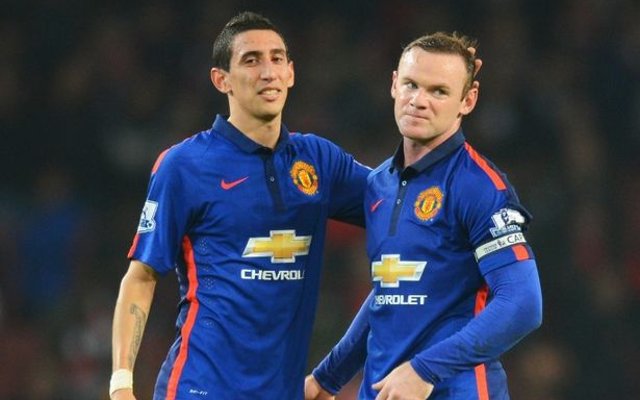 Van Gaal said earlier this week that his team have finally adapted to his methods, but he looks no closer to deciding on his preferred formation and his preferred team. He continues to rotate his wealth of attacking players without great success, while Wayne Rooney – the player he’s described as his star striker – has predominately played in midfield so far this year.