Shock as Man United nowhere to be seen among top names!

Arsenal and Liverpool are joint top for most different goalscorers in the Premier League this season, both on 14.

After that, it is a close-run thing with Chelsea, Manchester City, Newcastle United and West Ham United all on 13, and Southampton just below on 12. 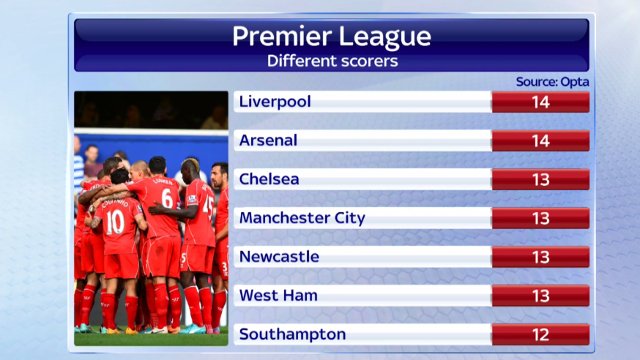