Moving message from a City supporter…

A Manchester City fan has admirably showed his support to Souleymane S, the victim of racial abuse and assault by Chelsea fans on a Paris Metro train earlier this week.

The City supporter held up a banner during his side’s match with Newcastle United at the Etihad Stadium which read: “Jail the racist thugs. They’re not football fans. So sorry Souleymane. It could have been me.”

Souleymane S, a Parisian local, was racially abused and attacked by Chelsea supporters when he attempted to board a Paris train before the Blues Champions League match with Paris Saint Germain.

Video footage captured him being pushed off a Metro carriage before Chelsea fans chanted; “We’re racist and that’s the way we like it” at him.

Since the incident earlier this week it has been claimed Blues supporters may have been involved in a second incident of racial abuse with chanting at St Pancras Station in London as a group of men walked through the area on Wednesday evening, reports ITV. 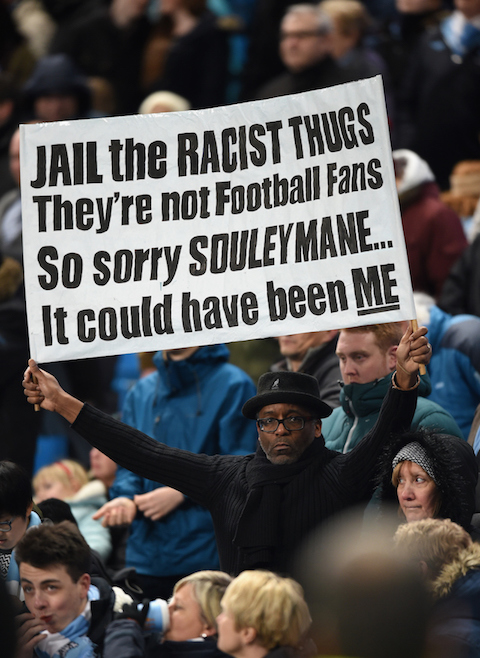