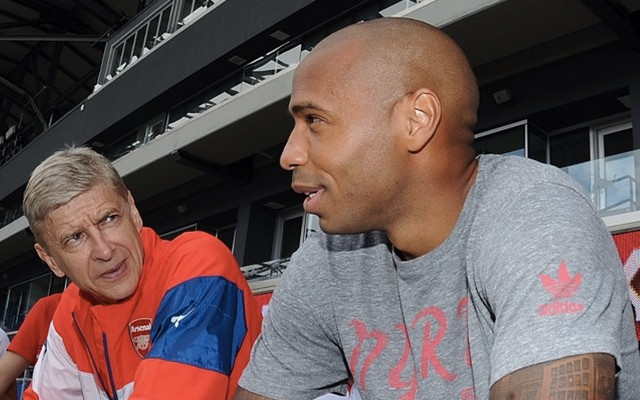 Former Gunners goal machine Thierry Henry is reportedly being ‘groomed’ as a potential replacement for current Arsenal manager Arsene Wenger according to the Daily Mail.

The 37 year old recently began work as a Sky Sports pundit but is also taking his coaching badges that could, in theory, lead to a career in management.

Henry would apparently initially work in a role with Arsenal’s young players, at their London Colney training ground, with a view to garnering the experience needed prior to perhaps taking over from veteran boss Wenger.

This source draws parallels with the manner in which Guardiola was similarly ‘groomed’ at Barcelona and also suggests that Ajax boss Frank de Boer could be another possible candidate to take over when Wenger does finally bring an end to his time in charge of the north London side.