Would you buy any of these?

Although the 2014-15 season still has a hell of a lot of action left in it, it is worth noting that the start of the 2015-16 campaign is less than six months away.

As a result, many clubs have already designed and created the next version of their official kits.

We can not completely guarantee that all of these are genuine, but we are pretty confident that they are. 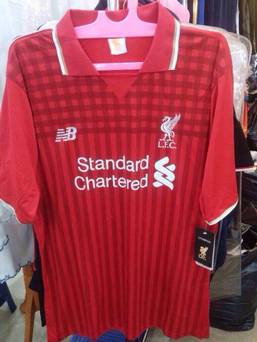