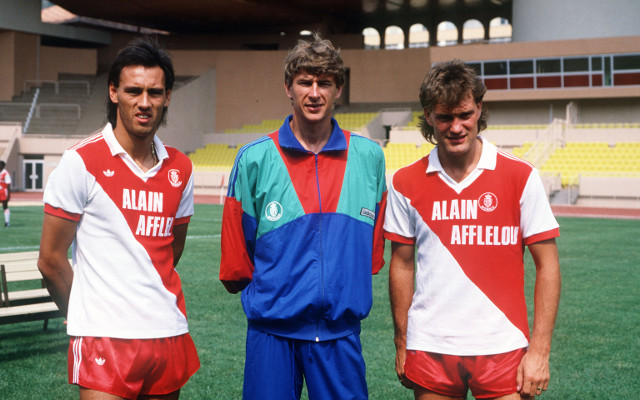 Hoddle with an unexpected revelation…

Tottenham Hotspur legend Glenn Hoddle faces the wrath of Spurs fans after confessing that he was the man behind Arsenal’s appointment of Arsene Wenger in the Gunners’ hot-seat.

Hoddle played under Wenger when the Frenchman took both him and Mark Hateley to Monaco, and reveals he was so impressed by his manager that he persuaded then Gunners chairman David Dein to give the now Premier League legend the managerial position in North London.

Former Monaco team-mates Hoddle and Hateley have met up ahead of the French outfit’s Champions League tie with Arsenal, where Hoddle made his confession:

“Spurs fans won’t like me saying it, but I was England manager when he came to England and David Dein was on the committee. He phoned me about seven times,” Hoddle told the Daily Mail.

“David was saying: ‘I’m the only one on the board who wants him. No one else has ever heard of him.’

“And I said: ‘Go and get him. Wherever he goes he’ll be successful.'”

Such news is sure to land the 57-year-old in hot-water if the Gunners go on to Champions League success under Wenger, yet given Spurs’ North London rivals have won just the FA Cup in the last ten years, triumph in Europe’s elite competition would be a shock…