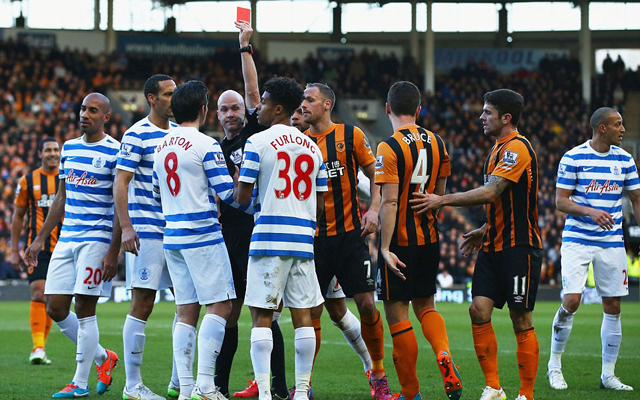 Twitter exploded yesterday as football fans from around the Premier League rushed to poke fun at bad-boy midfield Joey Barton. The QPR midfield earned himself a straight red-card for an x-rated punch aimed at Hull City’s Tom Huddlestone, a clip of which can be seen below…

Joey Barton ends his PL record run of YELLOW in 7 consecutive PL appearances by receiving up a direct RED card for hitting.

Good morning, would just like to say that Joey Barton is the worst player I've seen at playing touch cock, shame on you Joey

Joey Barton really frustrates me sometimes..he gets sent off and says 'sorry'..however, he just goes and does it again..#QPR

Joey Barton will never stop being a knobhead will he

If you can't be Les Brown, be Joey Barton