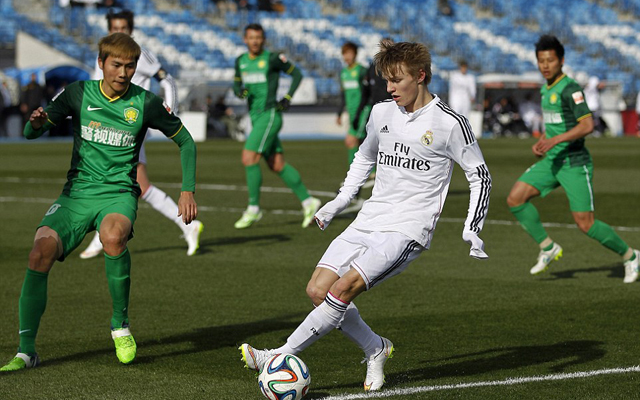 It’s hard to see 16-year-old wonderkid Martin Odegaard playing for Real Madrid’s reserve team, Castilla, for much longer, if he continues to put in these kind of performances.

See in the video below, as the Norwegian midfielder turns his defender inside and out before releasing a killer ball to a teammate inside the penalty area. Just how good is this kid going to be?!