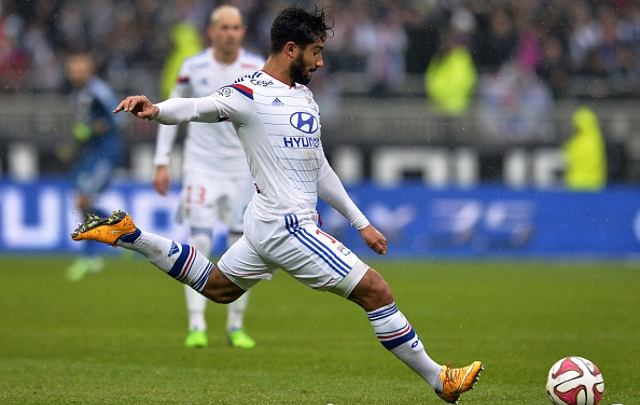 The 21-year-old was in sparkling form again this weekend as he scored for Lyon in their 1-0 win over Nantes, taking them top of Ligue 1 and looking sure to spark more transfer interest, according to reliable French football journalist Matt Spiro.

Despite recent links to the Gunners, Aulas has also seemingly ruled out the prospect of selling the highly-promising Frenchman this summer.

Lyon president Aulas compares Nabil Fekir to Messi, watches him fire #OL back to top, then says he’s not for sale. Let the bidding commence!