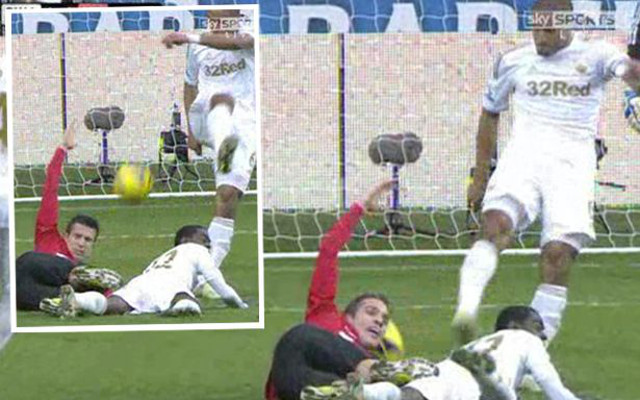 There’s a bit of history between the pair…

Swansea City captain Ashley Williams reveals he got a little bit of encouragement from an unlikely club source – the mascot – to ruffle the feathers of Manchester United striker Robin van Persie in the weekend’s Premier League clash.

Williams famously booted the ball into the back of the head of the Netherlands forward while he lay on the floor, which resulted in the then Red Devils boss Sir Alex Ferguson to rather dramatically state that van Persie was “lucky to be alive“.

The Swans defender hit the headlines over the incident, and it seems some actually enjoyed the clash:

“That incident made me famous for a couple of days and it’s what people always remind me about that day – even the mascot asked me whether I could do it again!” Williams was quoted by the Mirror.