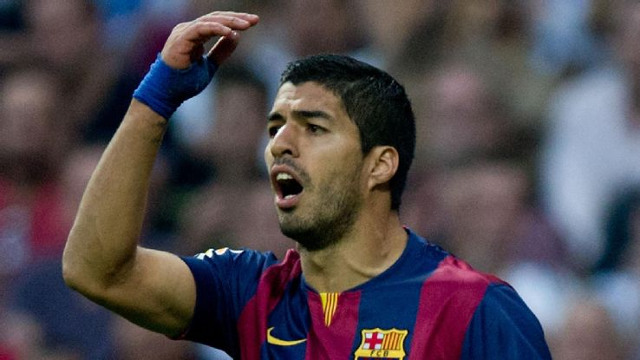 Barcelona striker Luis Suarez has aimed a sly dig at Manchester City star Sergio Aguero ahead of their meeting in this week’s Champions League, the Daily Mirror reports.

The former Liverpool man is back in England as his Barca side travel to the Etihad Stadium, but is confident the Catalan giants can pick up their form for this big game.

Speaking about the threat City pose, Suarez admitted Aguero was a player to be wary of, but also insisted he would rather have his team-mate Lionel Messi on his side.

“City have a danger, they have Aguero who is in the top 10 in the world, but we have Messi who is the number one and I think I am happy with that,” the Uruguayan said.

“We have the best positional attacking team in the world without any doubt. We know City will fear that and play in a certain way, but we are used to playing against teams who put ten men behind the ball. We know how to break through no matter what sides do against us.”