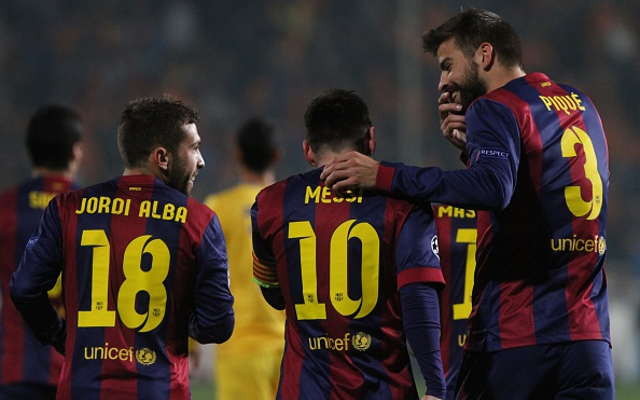 Barcelona defender Gerard Pique has sent out a warning to Man City ahead of their big Champions League, the Spanish defender declaring Lionel Messi as the Catalan outfit’s ‘big weapon’ according to The Sun.

Manuel Pellegrini’s side may have been buoyed by Barcelona’s surprise home defeat to Malaga over the weekend but Man City would do well to heed Pique’s comments on the matter;

“It was a shame we lost. It was a great chance to put ourselves top of La Liga.

“Nevertheless, we have to continue as we have done.”

“Leo is our big weapon. He’s the best player in the world and he will be leading us at City and helping us win.” Pique added.

Indeed as surprising as their defeat was it’s the 11 game winnings streak prior to that loss which Pellegrini should drum into his charges before Tuesday night’s first leg encounter.

Barcelona did of course overcome Man City in the Champions League last term, winning both legs of their knockout clash, and few would bet against Luis Enrique’s side running out as winners over the Premier League title holders once again.