The Stoke City man is expecting a second child…

Abbey Clancy has shown off the growing baby bump from her second child with husband Peter Crouch via a selfie.

The pair already have one kid, a little girl called Sophia. Her footballing dad is hoping the second will be a boy. 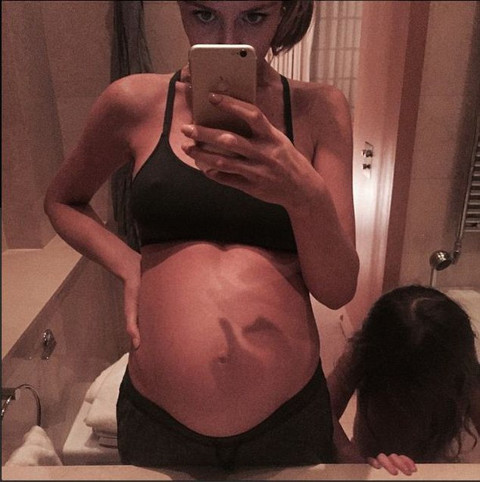