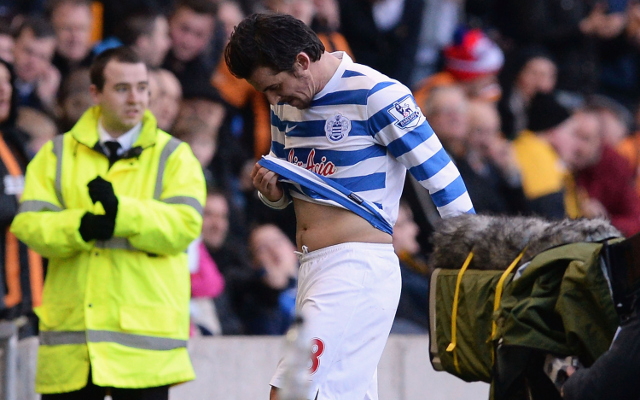 Charlie Austin seems to be tired of Joey Barton’s actions

Queens Park Ranger striker Charlie Austin has criticised the actions of Joey Barton, after the captain got sent off against Hull City, reports the Mail.

“There’s only so many times you can say sorry,” Austin said.

The red card came in the 32nd minute at the KC Stadium, with Chris Ramsey’s team 1-0 down thanks to a Nikica Jelavic goal. And while Austin himself managed to equalise not long after Barton’s dismissal, the 10 men were unable to hold on for a point as Dame N’Doye scored a late winner for a home side.

Austin believes that Barton’s moment of madness had a major impact on the result.

“It’s a silly sending-off and it’s kind of cost us the game. He’s the villain and rightly so for getting sent off. He’s got to deal with it,” the striker said.

Barton will now miss London derbies against Arsenal, Tottenham and Crystal Palace. The games have now taken on extra significance, as Burnley’s point away at Chelsea mean QPR sit outside the Premier League relegation zone on goal difference only.