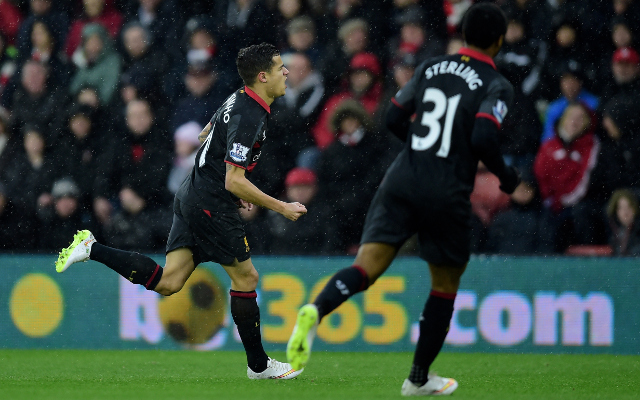 Former Liverpool defender Jamie Carragher has heaped praise on the Reds after they put on another strong display to claim an impressive 2-0 win away to Southampton on Sunday, the Daily Mail reports.

Goals from Philippe Coutinho and Raheem Sterling wrapped up the three points for Brendan Rodgers’ side, who kept their fifth clean sheet in a row in the league – their best run for 30 years.

Carragher believes the team look full of confidence after a poor start to the season and has hailed their improvement, saying: “What I’ve liked from Liverpool, today and midweek (against Besiktas in the Europa League), is that they weren’t at their best in terms of how they’ve played with this new system, but they’ve fought and got a victory. They haven’t played great, but they won.

“In the last few months since that Manchester United game, when things changed – the system, the performances and the results – they’ve been superb. The last two games they haven’t been like that, but they’ve won. That’s going back to the Liverpool I know when I played. Every time they play, you think they’re going to keep it tight.”