A best XI of players Henry has played with. It is insanely good!

Following Thierry Henry saying that he feels Barcelona star Lionel Messi is better than Cristiano Ronaldo because he played alongside the Argentine, CaughtOffside takes a look at the very best players the Arsenal legend teamed up with during his illustrious career.

With legendary figures from Arsenal, Barcelona and the French national team, this insane lineup leaves no room for the likes of Dennis Bergkamp, Robert Pires, Marcel Desailly, Zlatan Ibrahimovic and Samuel Eto’o, which gives you some idea of the calibre of player the Frenchman played with…

A superb goalkeeper and great part of Barcelona’s success under Pep Guardiola, the Spaniard is in ahead of the likes of David Seaman, Jens Lehmann and Fabien Barthez.

One of the great defenders of the modern era – at either right-back or centre-back, Lilian Thuram is an easy choice for this team, playing with Henry for Barcelona and France.

One of the great left-backs of the last decade, Ashley Cole was one of the hugely successful Arsenal players who played alongside Henry in the Invincibles season. 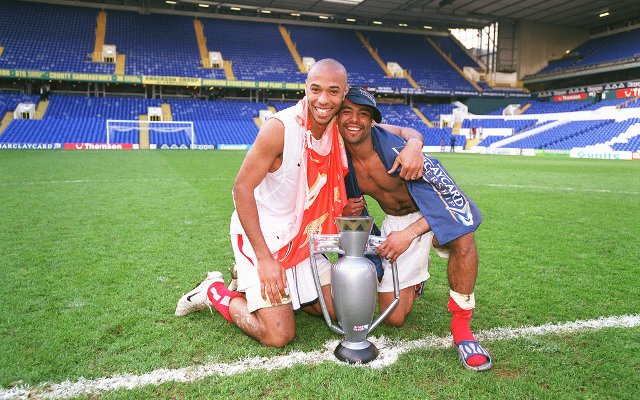