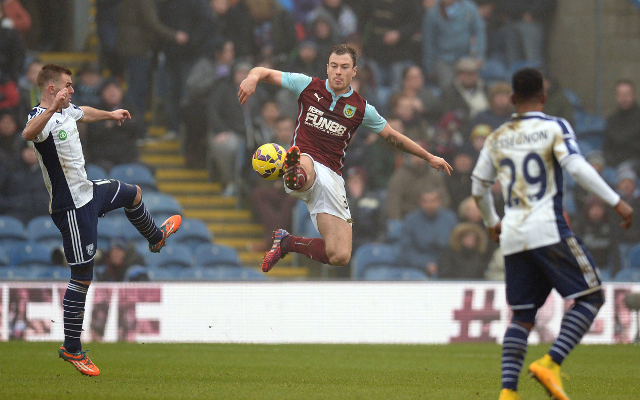 Ashley Barnes was lucky not to be dismissed at the weekend.

It has been confirmed that Burnley’s striker Ashley Barnes will not face disciplinary measures from the FA.

The forward was fortunate not to be shown a red card in his side’s draw with leaders Chelsea at the weekend.

Jose Mourinho was infuriated by the referee after the game, with replays showing Barnes hit Nemanja Matic with his studs showing and probably should have been dismissed.

The FA have said he will not face action because the officials saw the incident at the time.

In line with this rationale, FA confirm no further action in relation to Ashley Barnes as incident was seen by the officials 5/5