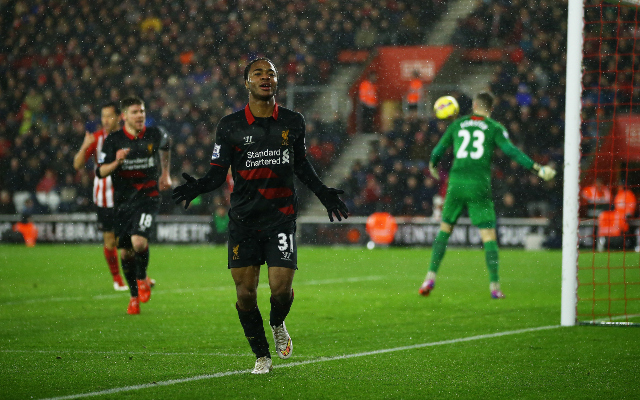 It was no surprise to see the away end at St Mary’s go wild in celebration when Liverpool put yesterday’s game beyond doubt with a second goal. But when one fan gets too close to the pitch, the stewards are forced to re-enact moves seen only in the world of professional wrestling to restrain them.

After Raheem Sterling tucked the ball home to put Brendan Rodgers’s side 2-0 ahead, fans from the Liverpool end of the ground can be seen trying to join in the celebrations. One steward clearly tries to twice calm the supporter down, and lead him away from the players, but once it becomes clear that the supporter is having none of it, the steward slams the fan to the floor.

The incident comes on the same weekend as Worcester City’s Shabir Khan’s reaction to a nasty challenge went viral. Khan gets up from the challenge in the Conference North clash, only to bodyslam Stockport County’s Charlie Russell to the floor!