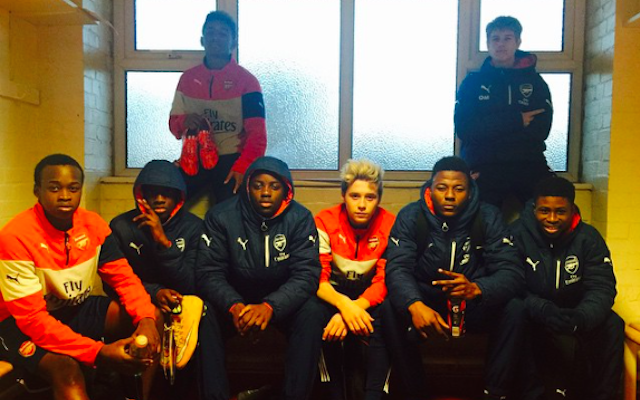 David Beckham’s eldest son hasn’t ‘made the grade’ at Emirates Stadium side.

Arsenal will reportedly elect to release Brooklyn Beckham at the end of the season having decided that the 15 year old isn’t worthy of a new deal with the north London side according to the Daily Mail.

Brooklyn had hoped to secure a new two year deal with the Gunners and a scholarship with the Premier League side but it appears he will be looking for a new club this summer.

The teenager had been promoted to the club’s Under 18 side this month and as such it’s something of a surprise that a new deal is now not forthcoming.

Arsenal will however keep retain the services of Brooklyn’s younger siblings, Romeo and ten year old Cruz, with the youngest of David Beckham’s children deemed to hold the most promised.